The Edmond de Rothschild bank’s old Luxembourg offices were as fancy an address as you could get in the rich European duchy. On a side street by the heavily fortified U.S. Embassy, the turreted villa exuded prestige and security in equal measure.

Two decades ago this month, senior officers there signed the paperwork with Russian oil magnate Sergey Bogdanchikov that entrusted his growing fortune to the storied bank. But instead of protecting and increasing his wealth, Bogdanchikov claims, a prominent relationship manager at the bank steered it to a coterie of accomplices across Europe and the U.S. who cost him more than half his $150 million through wrong-way bets and kickbacks to Rothschild.

Now he’s suing the Geneva-based bank’s Luxembourg unit, a Manhattan bond fund manager and a couple in New York’s bustling Russian enclave of Brighton Beach—a long way from the moneyed duchy—to recover as much as he can. In court he alleges fraud, conspiracy and breach of fiduciary duty and claims that Rothschild, an offshoot of the venerable family of financiers and winemakers, sought to enrich itself by conspiring with the three to milk his wealth through “illicit, unnecessary, and inflated fees” while hiding behind “the luster and reputation” of its name. Hovering over the case is the allure of Swiss banks as the world’s safest repositories of wealth. 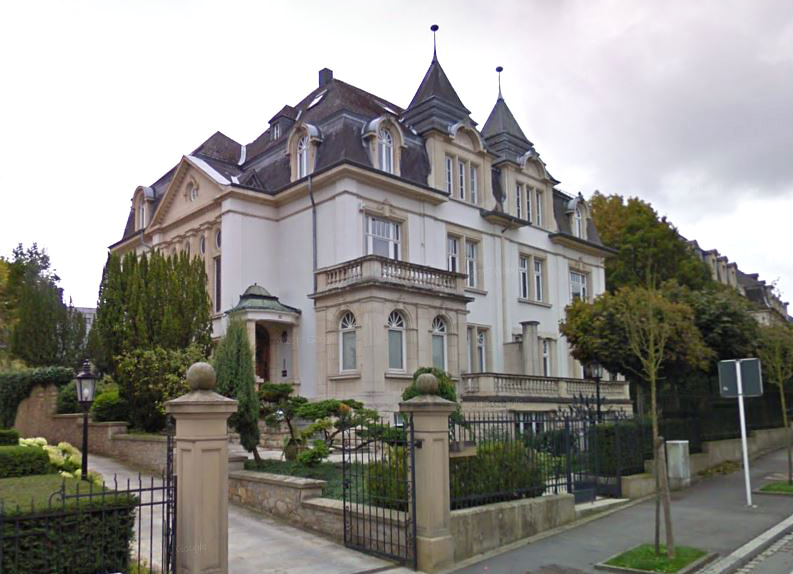 The bank, which moved into modern digs on the other side of the city last year, has denied wrongdoing in court filings and said in a statement to Bloomberg that it wouldn’t comment on the case, but that compliance with legal and regulatory requirements “is a clear priority for the group and all its employees.’’ It is trying to get the suit, filed in October in New York State Supreme Court, dismissed on legal grounds such as jurisdiction and timeliness. Bogdanchikov is seeking a jury trial. A hearing is set for Sept. 10.

A trial would shine a light on Rothschild six years after it was fined for its alleged role in a tax evasion scheme and could make it harder for the bank to attract wealthy clients in an industry prized for its discretion.

“Rothschild dirtied its hands,” Tibor Nagy, a lawyer for Bogdanchikov, said in an interview. “It should be held accountable.”

The family-owned firm, founded in 1953, employs 2,500 people in 16 countries and had 77 billion Swiss francs ($84 billion) in assets under management at its private bank at the end of last year. Rothschild has said it aims to double the assets it manages for rich clients over the next five years and is actively looking to buy smaller private banks. Ariane de Rothschild, the firm’s chairman, has spent the past five years reorganizing its many businesses, from the private bank to wine to a hotel in the ski resort of Megeve, to make it more competitive in the fragmented market that serves the wealthy. The family took the business private in 2019.

The dispute comes as Rothschild seeks to put a turbulent recent past behind it. In 2015 it agreed to a fine of $45.4 million to avoid prosecution for allegedly helping U.S. clients evade taxes, without admitting or denying wrongdoing. In 2017 and 2018 it saw net client outflows of 4 billion to 5 billion Swiss francs as European customers closed their accounts amid a crackdown on Swiss banks by foreign tax authorities. Marc Ambroisien, the bank’s former Luxembourg chief, was banned last year from financial services for a decade by the duchy’s financial regulator over his involvement in the 1MDB global bribery scandal.

Bogdanchikov claims the millions he entrusted to Rothschild—seven generations of financiers to royalty and railway barons—were shunted to Brooklyn’s Russian emigre hub.

Ambroisien, who isn’t named as a defendant in the lawsuit but is cited as facilitating the alleged kickback scheme, didn’t respond to a request for comment on the case.

Rothschild’s financial picture brightened in March, when it announced that private client net inflows in 2020 were positive for a second consecutive year, up 2 billion Swiss francs.

Born on the Steppe

Bogdanchikov, 63, was born in the Orenburg region on the Russian steppe to a schoolteacher and a farm mechanic. He attended a technical college, completed a doctorate in 1981 and went east to seek his fortune in the remote, oil-rich region of Sakhalin north of Japan. Rising through the ranks of state-owned oil and gas producers, he was ultimately named chief executive officer of Rosneft in 1998, a time of economic turmoil in the country, and grew wealthy running the big oil producer in the freewheeling years of Russian capitalism. 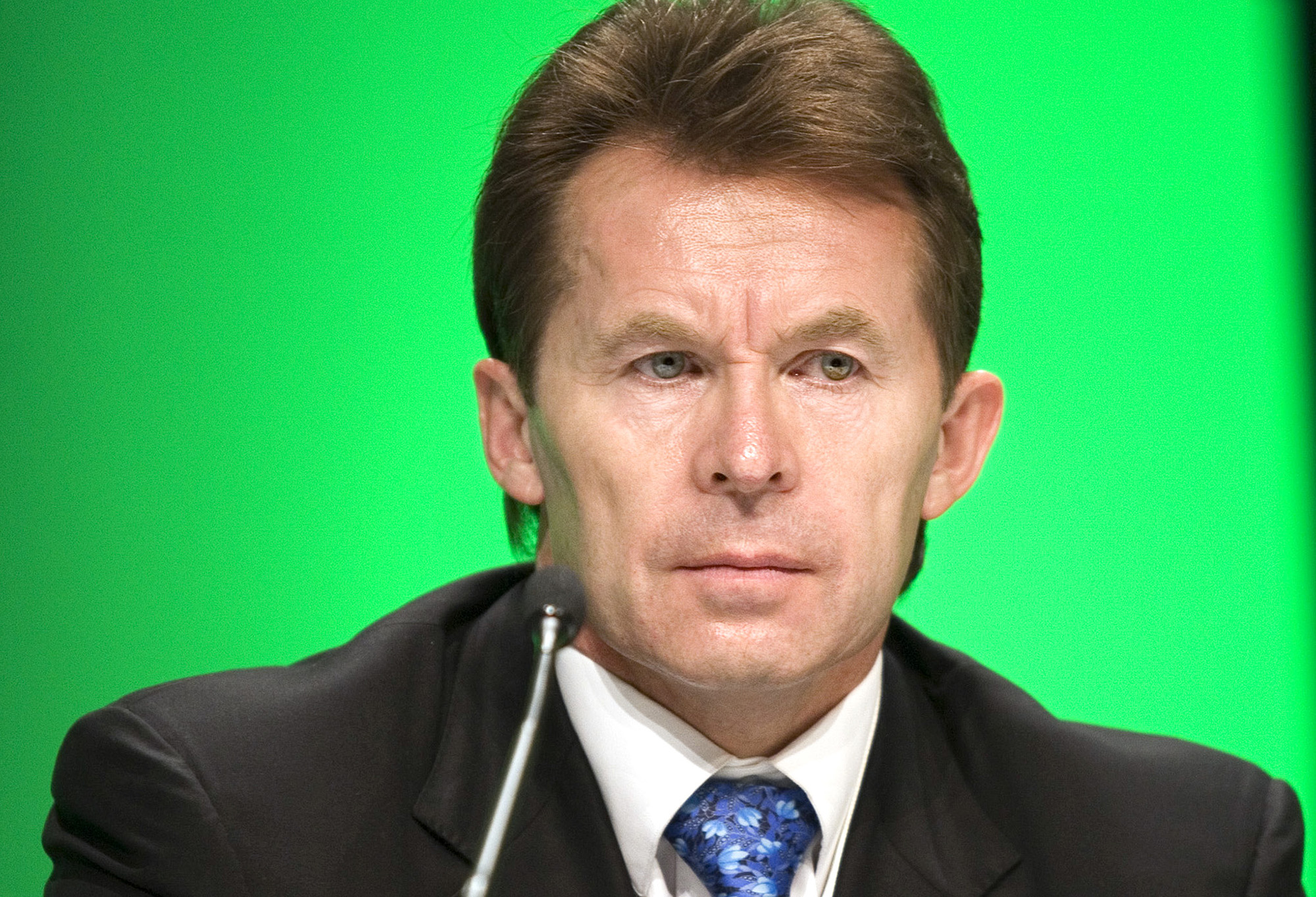 In 2001 he chose the Luxembourg unit to manage his money, attracted by its pedigree and the duchy’s low-tax regime, according to the lawsuit. For 15 years, he says, he saw nothing amiss with his investments, which he’d requested be put into money markets and other safe vehicles.

Then, in May 2016, another former Rosneft executive who was a client of Carlo Thewes, the Rothschild relationship manager, told him he was concerned about the state of his own funds, according to Bogdanchikov’s son Alexey in an interview. (Bogdanchikov, who speaks little English, had surgery to remove a brain tumor in 2019, leaving him unable to follow the complex case in detail for a number of months and prompting him to designate Alexey as a spokesman, his press representatives said.)

Bogdanchikov sought out Thewes, who “provided confusing information and then repeatedly dodged Dr. Bogdanchikov’s phone calls and requests to set up a meeting for months,” according to the lawsuit. So he drove to Thewes’s Luxembourg home and confronted him, according to Alexey. Thewes appeared in a bathrobe and broke down in tears, saying he’d been under pressure to improve the returns on the portfolio, which was too conservatively invested, Alexey said. Bogdanchikov, who is suing the bank through his family investment company, never gave it the authority to override his investment directions, he claims in the lawsuit.

That account of the meeting comes from contemporaneous notes Bogdanchikov made on the encounter, long before his operation, according to Alexey.

Ultimately Bogdanchikov learned that Thewes had duped him with false account statements for years, he alleges in the lawsuit. All told, he lost more than $81 million and tens of millions more in growth he would have enjoyed with prudent management, according to the complaint, in which he says the bank fired Thewes in 2016 and “refused to explain why.” That was “one of many instances in which Rothschild refused to share vital information” with him “regarding the fraud,” he alleges.

Thewes, who isn’t a defendant in the suit but is named among “other bad actors,” denies wrongdoing. In an interview he said he wasn’t fired but resigned because of burnout and health issues. He said he never provided Bogdanchikov with false statements or evaded him, explaining that he was abroad for medical treatment at the time. Thewes said the meeting at his home wasn’t dramatic but cordial and that the two discussed the portfolio over tea. He said Bogdanchikov had given the bank discretion to invest his money more ambitiously when necessary.

“The relationship was a very good one,” he said of his early years working with Bogdanchikov. “I met several family members in Cannes, Moscow and Dubai.’”

According to the lawsuit, the Brighton Beach couple, Vladimir and Olga Oblonsky, helped Rothschild find money managers willing to pay kickbacks to the bank in return for investments. The Oblonskys are accused of complicity in “nearly half (and possibly much more)” of the total losses, and Rothschild of assessing inflated fees of $12 million, though details of the broader alleged scheme are spare in the complaint.

The Oblonskys’ lawyer, George Benaur, said in an email that the allegations against his clients are false and that they are seeking to have them dismissed. 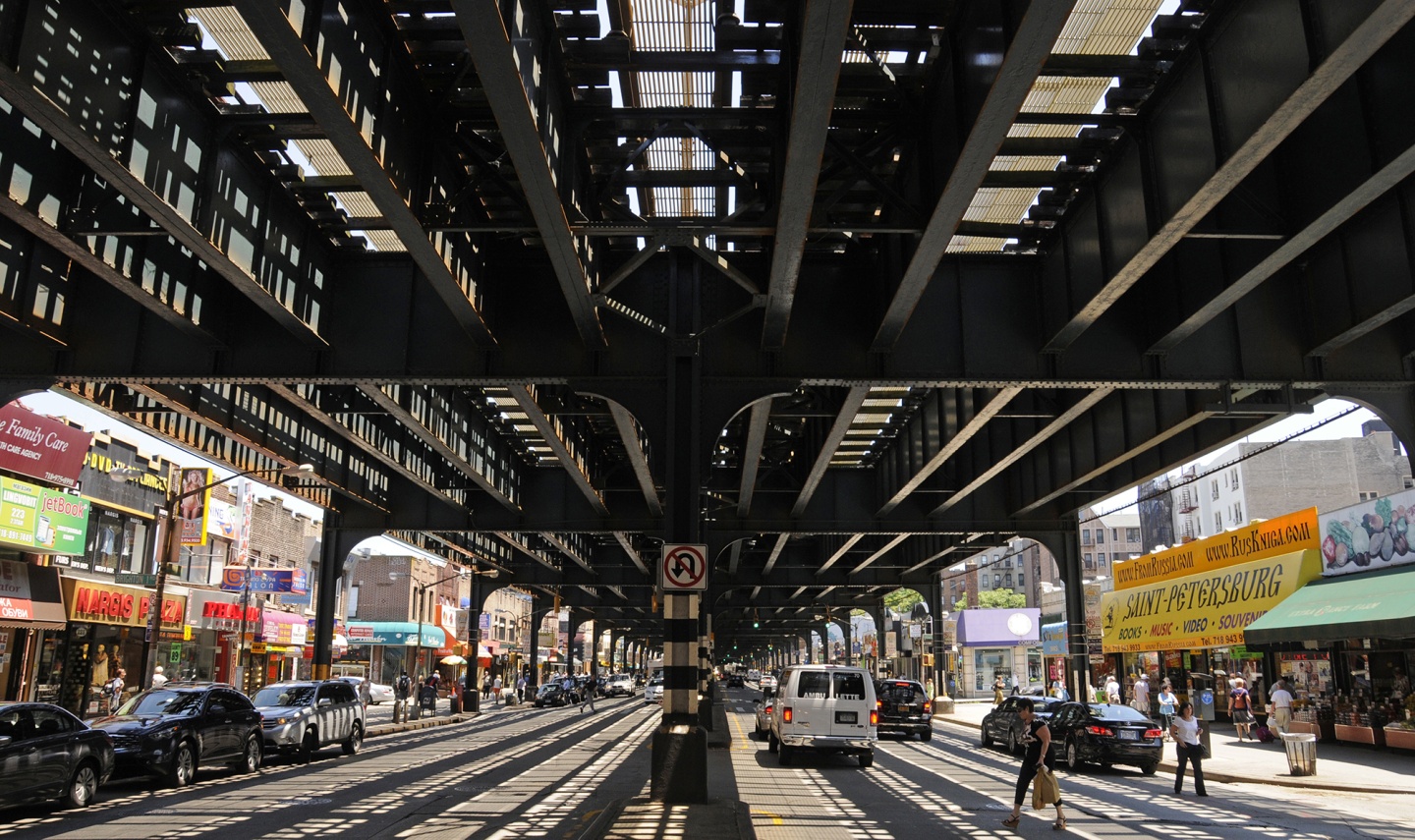 Under the alleged scam at the center of the suit, which Bogdanchikov claims began in 2010, the  Oblonskys “steered” more than $15 million of his riches to the Manhattan investment manager, Mikhail Filimonov, who ran a firm called OIM Capital that specialized in emerging market convertible bonds.

Bogdanchikov claims in the suit that OIM paid the Oblonskys’ firm, Fontanelle Capital Inc., “outlandish fees” for doing nothing, including the entire 1.5% subscription fee that OIM charged him and a “staggering” 30% of its management and performance fees. Fontanelle, in turn, tapped the rich pool of fees to pay Rothschild kickbacks, according to the complaint. Including investment losses, Bogdanchikov claims, he was out at least $10.4 million through the alleged OIM scheme alone, citing “a seven-figure sum paid in fees to the New York defendants.”

“Filimonov and OIM proved to be terrible investment advisors, as one would expect from an investment firm selected by Rothschild based on its willingness to participate in a kickback scheme,” Bogdanchikov alleges.

The claims against Filimonov and OIM are “baseless,” David Livshiz, a lawyer for Filimonov and the firm, said in a statement. “We look forward to being vindicated in court.”

Olga Oblonsky grew up in Saint Petersburg with Thewes’s wife, and Filimonov has known Vladimir Oblonsky for decades, according to the complaint. Thewes said he and Vladimir Oblonsky simply worked together to find clients for Rothschild in Russia.

Your guide to living wellTreat yourself to the Pursuits Weekly newsletter.

The Oblonskys’ roots are far removed from the old-world European banking scene and the Rothschild empire, seven generations of financiers who have advised royalty, governments and railway barons for 250 years. Their firm, Fontanelle, is listed in state records at a Brooklyn apartment building near the stretch of sand on the Atlantic Ocean that bounds New York’s Russian emigre community. Closer to the water, the brick buildings give way to houses with columns and arches and driveways dotted with Range Rovers and Porsches. Down the street, the Hot Potato House restaurant serves specialties like latkes with red caviar and a dome-shaped “Tsar Pie” filled with layers of chicken, rice and crepes. 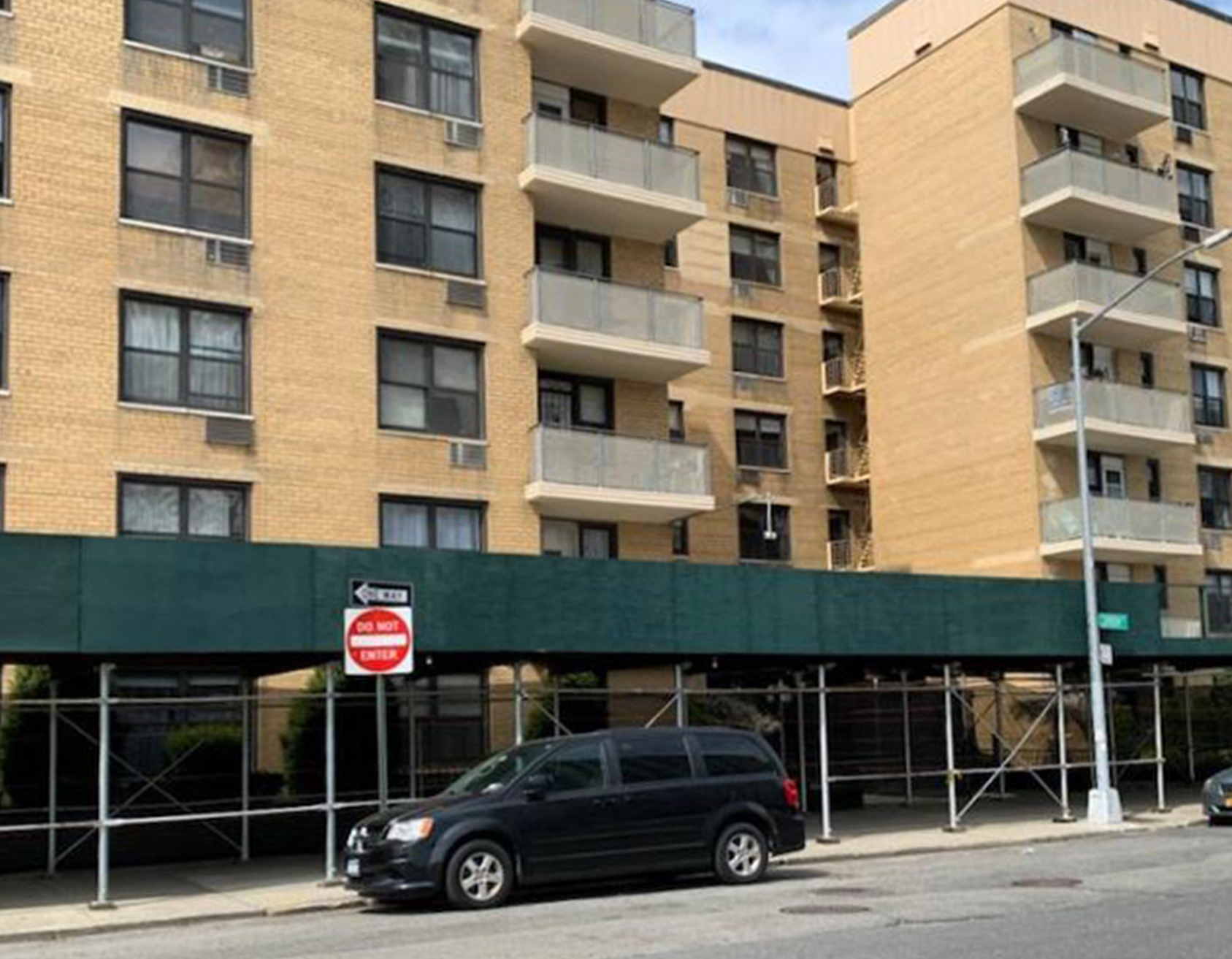 For almost two decades Vladimir Oblonsky had a brokerage license last associated with New York-based Legend Securities, according to the lawsuit. Legend was expelled from the industry by its regulator Finra in 2017 for failing to pay fines for earlier violations including cold calling and churning. It isn’t clear from Finra records whether Oblonsky ever worked at the firm. He wasn’t named in the disciplinary actions against it. According to Bogdanchikov’s suit, at some point he began driving a cab in New York.

His timing wasn’t great. In 2014, the New York City taxi medallion market collapsed, leaving hundreds of drivers destitute. The price of a medallion topped $1 million just as Uber was coming on the market in New York. People poured their life savings into the hot commodity and went into debt buying the right to drive a hack in the city.

City records show that Oblonsky owned or operated taxis under four medallions held in two limited liability companies. He took out a $1.46 million loan against two of the medallions in 2013, the year before the market’s implosion, and a $238,000 loan against the other two in 2019. Court records show he has defaulted on both loans and owes a total of $1.6 million on the pair. In a January legal filing, Benaur said Oblonsky was on the brink of personal bankruptcy.

—With assistance from Marion Halftermeyer, Irina Reznik and Stephanie Bodoni

We are pleased to announce that George Benaur,...

END_OF_DOCUMENT_TOKEN_TO_BE_REPLACED

The case may serve as an exemplar for how...

END_OF_DOCUMENT_TOKEN_TO_BE_REPLACED

Media Coverage
Oligarch in Bridgeport seeking to be reunited with daughter

Oligarch in Bridgeport seeking to be reunited with daughter