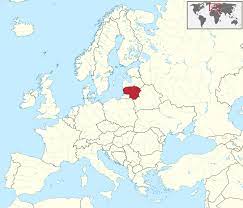 The law as to whether U.S. courts may serve as a gateway for allowing discovery on U.S. based persons and entities in aid of foreign proceedings, and foreign arbitrations in particular, has been developing in recent years. Indeed, the question of whether Section 1782 applies to private commercial arbitration is currently the subject of a pending petition before the U.S. Supreme Court.

A few days ago, the highest federal court for New York and Connecticut – the Second Circuit Court of Appeals – held that 28 U.S.C. § 1782 may be used to pursue discovery in the U.S. for use in private investment treaty arbitration abroad. Specifically, the Court held that arbitration between a foreign State and an investor, which takes place before an arbitral panel established pursuant to a bilateral investment treaty to which the foreign State is a party, constitutes a “proceeding in a foreign or international tribunal” under 28 U.S.C. § 1782.

This case involves an application by the Fund for Protection of Investor Rights in Foreign States (the “Fund”), a Russian corporation, to the Manhattan Federal Court to order discovery from an entity called AlixPartners for use in an arbitration proceeding brought by the Fund against Lithuania before an arbitral panel established pursuant to a bilateral investment treaty between Lithuania and Russia.  It pertains to the 2011 investigation by Lithuania’s authorities of a private bank located in Lithuania, AB bankas SNORAS (“Snoras”).  The application concerns Snoras’ bankruptcy and the appointment of the administrator.

In the arbitration, the Fund challenges the expropriation of certain shares of the bank Snoras. The opponents of the application for Section 1782 discovery argued that this is a private commercial arbitration, rather than a “proceeding in a foreign or international tribunal” within the meaning of § 1782.

The Court of Appeals explained, in a rather technical analysis, that this type of arbitration under the treaty between Lithuania and Russia is “proceeding in a foreign or international tribunal” within the meaning of the Section 1782 statute and applicable case precedent. Thus, this factor for allowing discovery to occur has been met. The Court then went out to analyze other factors and found that they were also met. The complete decision is annexed hereto.

This decision is important because, first and foremost, it will open up additional applications for Section 1782 discovery from other “investment treaty arbitrations” occurring worldwide. There are many such disputes currently underway in the Ukraine and other former Soviet countries.

In the past month, I have received a number of...

END_OF_DOCUMENT_TOKEN_TO_BE_REPLACED

One of my clients recently congratulated me on our...

END_OF_DOCUMENT_TOKEN_TO_BE_REPLACED

The implications of the current war on many legal...